Covering SE3 as well as the neighbouring boroughs from Wasp Problems

Are you experiencing problems with a Wasp Problem in SE3? Pest2kill can help, if you require wasps to be removed in SE3, then give us a call for an instant quote and remove your wasp problems.

When wasps come in to your property or business, it is worrying and needs to be dealt with quickly to ensure your wasp invasion doesn’t cause further problems.

Wasp nests shouldn’t be underestimatyed, wasps can become a real concern when they nest in or close to your property, in outbuildings or garden sheds, or even in garden shrubbery. Wasp nests in or near homes, in places such as roof spaces, can be a real concern as the wasps may sting if people come close with them. Wasp stings are often very painful rather than being dangerous, but in occasional instances, people do suffer life-threatening anaphylactic shock.

It is natural to have a fear of wasps, they are large, buzzing insects with a sting and yellow and black striped bodies. People are most likely to be stung in late summer, when the queen wasp stops breeding new workers; the existing workers search for sugary foods and are more likely to come into contact with humans; if people respond aggressively, the wasp may sting.

Pest2Kill know how finding unwanted visitors is distressing so if you suspect that you have a problem with wasps don’t be concerned, act quickly and call in the professionals. Pest2Kill provide a discreet, reliable and effective service to get rid of your pest problems and help keep your home pest free.

Pest2Kill Pest Control are available 7 days a week, 2 hours a day.
Speak to us today and we’ll help you with any pest control issues you may have. 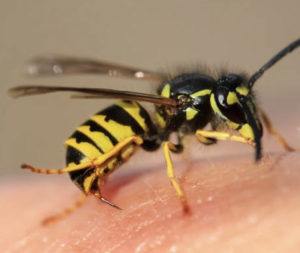 Wasps often make their nests inside the roofs and loft spaces of houses, as well as in wall cavities and garden sheds, holes in the ground, shrubs and trees. A large number of wasps would usually indicate that a nest is nearby and needs to be eradicated.

Depending on where the nest is positioned, the wasp nest is treated with an insecticide spray or insecticide dust .
If the nest is accessible it is sprayed, should the nest be out of reach it is dusted from the outside, wasps entering the nest take the dust formulation into the nest and the colony is killed off.

In SE3 we’re the first-choice Wasp Control Experts, offering a competitively priced, 24-hour wasp removal service, on call for all your Wasp Infestation and other pest control problems.

Operating throughout Essex and London and neighbouring areas and frequently assisting commercial and domestic clients in SE3.

We’re available 24 hours a day, every day for all your Wasp Nest Problems.

Pest2Kill offer a no obligation FREE quotation for Wasp Removal in SE3, complete our contact form to request a free call back, we are always available to discuss your needs and have solutions for all types of needs.  Eradicate your wasp problems now.

In spring the new SE3 wasp season begins, with first sightings generally around April time, the queen wasp waking from winter hibernation to search for an appropriate nest site. Once she finds a new site she begins to build a nest and producing worker wasps (sterile females) who take charge of the nest and eggs.

The nest continues to grow throughout the summer period with the queen laying eggs producing workers until producing a final batch which are fertile males and females (queens). The males and young queens then mate, with the male wasps dying off at the end of autumn along with the original queen.  The young fertilised queens then go into hibernation and start the cycle again the following spring.

We will provide the following Wasp Control Services in SE3:

At Pest2kill our team of dedicated wasp-experts deliver a professional, efficient and effective service, risk-assessing your SE3 business or home to make sure that all solutions provided  would be safe and environmentally friendly.

Pest2Kill’s impressive level of service, combined with its clearly displayed, affordable, pricing  structure has made us a leader in Wasp Control throughout SE3 and neighbouring boroughs.

Implementing effective Wasp Nest control and {Wasp} removal services to eradicate unwanted pests from your home or work premises. Pest2kill Wasp Control Services are your number one choice for all your Pest Control problems in SE3

Pest Control for all Situations in SE3: